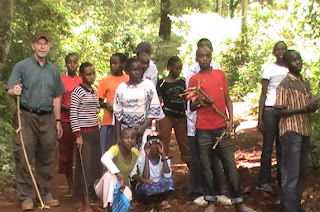 UPDATE FROM STAN
I want to give everyone an update on what is going on here and let you know how your prayers are being answered daily. I am doing fine here in Buruburu. I feel at home here and my needs are continually met as I study and teach the people that God has given me to teach. There are naturally some frustrations but overall I am very happy and fulfilled in doing what God has given me to do. The feedback I get from those I teach is very positive and they continue to tell me they are seeing the Word in a new light and are able to see how God's grace is effective in their lives. One of the men told me yesterday he had an opportunity to speak at a government girls school and when he gave the gospel using the teachings of grace, there were about 50 girls that responded! He was quite excited.

As far as the prayer requests I mentioned to you: I haven't seen Hammond but Joshephat tells me he is doing fine and will be going away to High School in a couple of weeks. Joshsephat's school is ok for now. The city has given the landlord an additional two months to come up with the tax money so we will see. The kids that took the school exam and graduated from 8th grade will be finding out this week where the government is sending them for high school. It is not like America in that they usually go somewhere else for High School and it is usually a boarding situation. I am going to miss them in my classes but there are new ones coming in to take their place.


Some of you haven't heard of my trip to the Western Province over Christmas break so here is a report I wrote earlier:


Well I had an interesting week. I have been to the Western Province (Kakamega is the town) and just got back last night. Dennis has a friend who rents cars. He rented us a nice 4 wheel drive Toyota for 2500 Ksh per day (thats $30 so it was a good price). Joshephat had a friend that drove for us so I didn't have to drive. We went to Joshephat's traditional homestead near Kakamega. It was like being back on the farm again.  I slept in one of the traditional mud huts with thatched roof and it was actually nice. The mattress was a straw tick and the sheets felt like burlap but I slept pretty good. This was just down the road from where we went for the retreat with the kids last April. It is really a beautiful area, mountainous but lush green instead of all the dry brown in Colorado. Joshephat's grandfather got quite a bit of land back in the 1940's when you could just trade a cow for some land. Now it is divided up between Joshephat's father and three brothers. So everybody in the area is related and when we got there Sunday evening all the kids showed up to scope out the Mzungu (white man). There were about 25 kids sitting in a semi-circle just watching every move I made so of course I did my magic trick for them and they got a big kick out of it. The rural kids don't speak English very good like the city kids so when I get my Swahili down it will come in handy out in the rural areas.


Monday we took a drive to Kisumu and had lunch at a resort on the shores of Lake Victoria. Kisumu is about an hour from where we were staying. Then on Tuesday we drove back to Nairobi which turned into a six hour trip because of traffic. I brought back a kitten that they gave me so now Rafi (my dog) will have a friend. They are getting used to each other now.

Before we went to Kakamega I had witnessed a disturbing event. Joshephat and I were returning to my house from Tusky's on the day before Christmas. As we turned a corner there was a group of a dozen people and two or three of them were beating the tar out of man on the ground. I asked Joshephat what was going on and he said the man had been caught trying to break into a house. The people here tend to take the law into their own hands because they know if the police take him he can just pay a bribe and go free. I thought this was disturbing enough but then Joshephat said the man was as good as dead because by the time the police get there they will have beaten him to death. Pretty brutal! It's one thing to know this happens, but another when you witness it firsthand. Kind of reminded me of the Old West in America.


Now I am going to do something I normally don't do - ask for financial help. I am not doing it for myself but for two boys named Ian and Isaac. Around the area where I live there are street kids who have no parents and live from hand to mouth so to speak. When I go to the market they come around wanting a hand-out. I almost always give them something just because I have a soft spot for kids in this predicament through no fault of their own. There are also grown men who want money and mothers who bring their babies and sit there waiting for a handout - I usually pass them by and use my money to give to the kids. The scripture mentions giving to the widows and orphans - not grown men who could get a job or women who could get a husband. If one gave to everyone what you would like you would soon go broke. With most of the kids it is just a matter of giving them a few shillings to try to help them get some bread. There is one kid though, who I kind of made a connection with. He would see me and come running with a big smile on his face and shake hands. He's a cute kid with a smile that would melt a glacier. His name is Ian, he is 10 years old and he sleeps in one of the stalls at the market at night when it closes. So I see him around and I have been praying for him for some time as I give him a little money to eat. Every time I wonder if it is the last time I will see him and if I shouldn't be doing something to help him.

One day after the first of the year he came up to me quite somber and was trying to ask me something. My Swahili is just good enough to understand that he was trying to ask me about school. I didn't know what to tell him even if I could communicate so I had to just let him go. The next day I had my phone with me so I sought him out and had him talk to Joshephat on the phone so he could translate to me and we found out what their situation was and that he and his friend Isaac both want very much to go to school. The next day I took them on the matatu (small bus) with me to Joshephat's school so we could all talk face to face. Bottom line is that we are arranging it so that they can live in Kayole where Joshephat is and go to school there. Joshephat has rented a room close to where he lives and arranged for Dixon to help him supervise them. Dixon is the high school boy that comes to my classes and helps me at my house. He is responsible and is a good student so I feel good that he will be helping supervise - I think he will be very good for the younger boys.

This is something I feel like I need to do and I feel like this is the result of the leading of the Spirit. It is a little scary not knowing where the provision will come from but it is so exciting and a privilege to know that it is making such a huge difference in a couple of young lives. Without help these boy's future is very bleak. So I know things are tough economically now but if anyone has any funds available and feels led, I would appreciate some help with this. We need funds to set up a room (mattresses, stove, blankets, etc.) and get the kids some clothes. Then on an on-going basis I am going to need at least $150/month for rent, food, school fees, necessities. This is for the bare necessities and any extra will be able to make their lives a little better. I am willing to pay this out of my own pocket but it will make it financially difficult for me so like I say if any of you feel like you would like to help please do so.

I guess I should tell you how to donate. You can go to our old website which unfortunately hasn't been updated since I came to Africa:


Click on 'About Us' and then 'Donate' where you will find an address you can send donations to or you can follow the Paypal link to give with a credit card. Guess that is it for now. I can't think of anything else so GOD BLESS,
Stan

Posted by CROSSROADS AFRICA EXPEDITIONS at 10:17 AM Links to this post 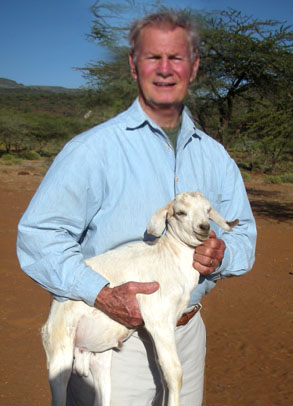 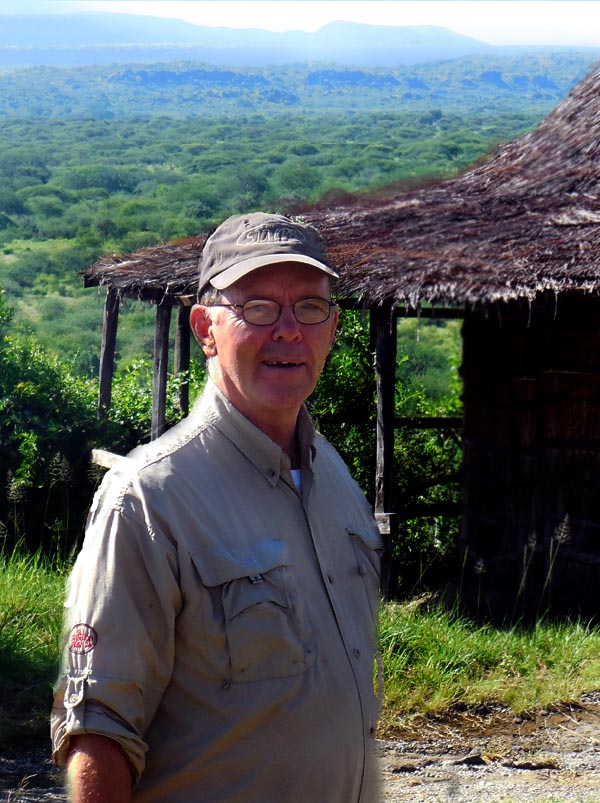 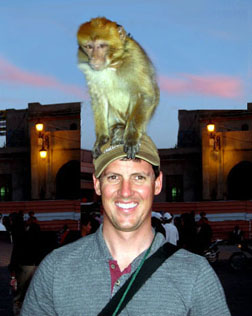 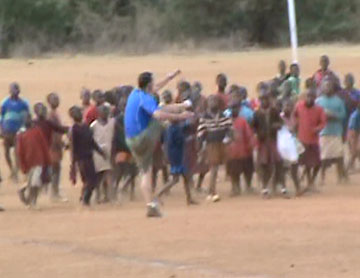 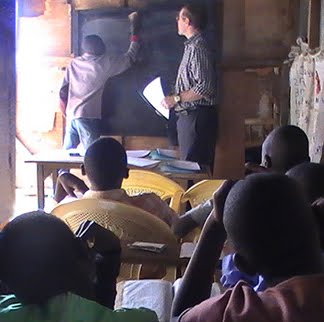 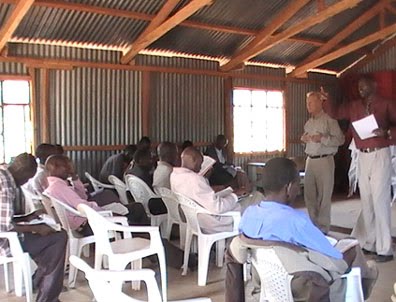 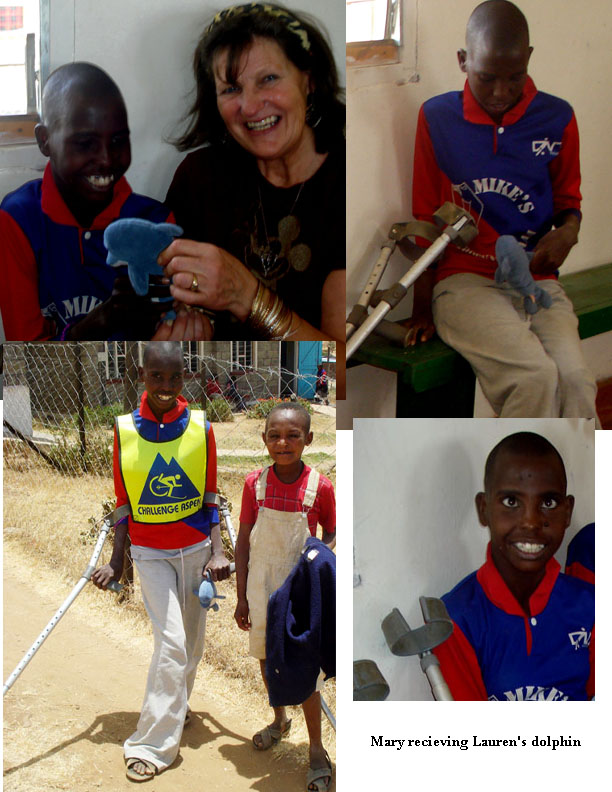